According to the Center for Disease Control, African-American women are 23 times as likely to be infected with the Aids virus as white women and account for 71.8% of new HIV cases among women in 29 US states.

When most health care professionals think of HIV and AIDS, they don’t think about their older patients, but 11% of those diagnosed with HIV are over the age of 50.

Iona Morris has worked extensively with the HerShe Group as a mentor to girls in foster care to prepare them to successfully transition from adolescence to independence and college and career readiness through the performing arts and leadership development.  She is also the founder-director of Solo Journey Workshops, which assists both theater professionals and non-pros in the creative exploration of their imagination and intuition.

Cited by the California State Assembly for her work with Friends of the Family’s Teen Parent program, Mariann Aalda was also named Volunteer of the Year by the Los Angeles Dept. of Children’s Services for her work at-risk youth. Certified as a hypnotherapist, she has additionally conducted workshops for the Chicago Dept. of Human Services and Women Executives International.

Rev. Carl Kenney received a Bachelor Degree in Journalism from the University of Missouri and a Master of Divinity from Duke. In 2005, he was named a Fellow in Pastoral Leadership Development at Princeton Theological Seminary.  A respected local journalist, he was also featured in Emerge Magazine for his work in fighting domestic violence.

MOIST provides an auspiciously light-hearted, non-judgmental opportunity to enlighten and educate while it ENTERTAINS …and we genuinely embrace our social responsibility to do so. Along with being contributors to Gil Robertson’s highly-praised anthology on the AIDS crisis in Black America, and performing in benefits for such organizations as the Black Aids Institute, we have even gone so far as to purchase and hand out condoms after performances! Through our fundraising efforts in association with The Pasadena Arts Council, we hope to  bring our “Be Sexy…Be Safe!” message to even larger audiences. Click here for more info.

Not in My Family: AIDS in the African-American Community

MARIANN AALDA: I was already married when AIDS was first identified some 25 years ago, and I remained married – albeit to two different husbands – for most of my adult life.  And I have to tell you, being divorced and on the dating scene right now…and trying to have any kind of sex life can be tough to negotiate… especially when you discover that middle-aged men don’t like wearing condoms any more than teen-aged boys do.

And then, of course, having done it with him once without a condom, I figured the cow was already out of the barn, so why go through the embarrassment of having ‘the conversation’ with him after that?

I’ll tell you why…because waiting for the results from an AIDS test is pure hell, that’s why!  The relationship ended, but the fear lingered interminably.  Every time I got a cold…a sore throat…a rash…I would wonder, could it be…?

Yeah, I was stupid; but thank God, I was lucky.  I also smartened up enough to know that I didn’t want to press my luck. So, after I got my results, I went right out and bought myself some condoms.  Hopefully, I’ll get a chance to use them sometime before their expiration date. 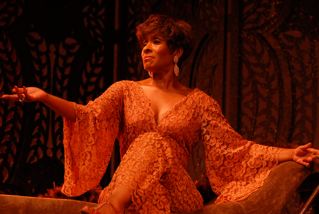 IONA MORRIS: Having sex is one of the greatest pleasures in my life… But, I’ve got to be safe, so I’ve developed some fun, sexy ways to talk about it, get that condom on and still gain great pleasure with my mate.

First of all, I ALWAYS carry my own rubbers.  You can also, have some fun - go to the Sex Shop and pick out a variety to try.  Make a sexy game of it.  Or, carry several different varieties with you and have fun choosing in the moment.

If this is a casual encounter, I try to keep the conversation about protected sex and AIDS tests in the flirtatious, pre-“doing it” stage.  For example, we’re sitting on the couch, the moment is thick with sexual desire… I whisper, “Baby, I’ve gotta ask you, have you had a recent AIDS test?”  If he balks, I keep it sexy-sweet, “Ah, baby, I’m not trying to break the mood.  It’s not easy to talk about it, but we really have to.”   I smile. Your sweetness should relax him.  But, if he doesn’t talk, send him home and take care of yourself, yourself.  After all, an intimate moment alone is the safest sex I know.

However, if he is responsible, you’ll have a terrific conversation about being safe.  I find that women are the ones who usually take the lead in this regard, but men, too, can use this approach with that special someone, be it a woman or another man.  Even in a woman-to-woman relationship the HIV/AIDS virus can be transferred, because it’s not by penetration, but through the exchange of bodily fluids… THAT is the culprit.

If I sense I want to have a deeper relationship with the man, I suggest that he and I, together, get an AIDS test to make sure that we can be secure in delving into many sexual pleasures, without restraint. We’d also have to agree to be exclusive.

My favorite part – Putting on the condom.  Use this opportunity to do something else sexy with your partner.  Sure those “rubber things” can challenge the fingers, but I have ways that won’t break the moment.  TIPS:  Put the condom within arm’s reach, (if it ends up across the room, sashay slowly or sensuously crawl over there to get it!).

You be the judge of when you need to put the condom on.  (I make sure it’s on before I let that beautiful thing get close to my legs.)  So, in a very sexy moment, subtly begin opening the package while sensuously diverting his attention, with sexy whisperings or kisses.   Then, move the condom down his shaft, massaging him the entire time, continuing with nibblings and sexy talk or just keep your focus on admiring your man’s “appendage.”  This allows you to get the condom on, hopefully, with as little difficulty as possible and to further excite both of you.  But… if it all goes to hell in a hand basket, laugh together, keep it fun and make him hurry up and put that thing on!

Live… to make love… another day. 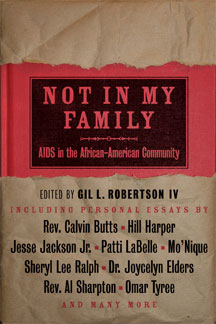